Popular marijuana myths are busted by a team of trained professionals.

Hemp and the Declaration of Independence

7
by Mythbuster in Marijuana Myths

Needless to say, I have learned many things since I first heard this myth. First off, which many of you are likely to know, is the fact that hemp does not get you high. It contains so little THC that you would need to smoke just about as much hemp to get high as you would need to smoke marijuana to die. Even Michael Phelps withĀ hisĀ lung capacity couldn’t pull it off.

Sorry if we shattered anyone’s dreams, just thought we’d get the truth out there. The most important thing to take away from this is that anyone who agrees that Benjamin FranklinĀ wroteĀ the Declaration must also agree that it was written on hemp paper. Only an uptight history buff would argue that technically it was Timothy Matlack who wrote it on parchment.

20
by Mythbuster in Marijuana Myths

So, awhile ago we set up a poll asking our readers if they thought that they get more high when they cough while smoking makes. It seems like 78% of us feel that coughing gets us more high, while 17% say it doesn’t, and 5% apparently have never coughed while smoking. Now, here are some things to consider which might justify some truth behind this marijuana myth. When you smoke marijuana, the main ingredient which gets you high is the chemical THC. Good old Delta 9 Tetrahydrocannabinol. When the THC reachesĀ approximatelyĀ 301 degrees Fahrenheit it becomes active (CBD at 403 F and CBN at 415 F). This is the reaction that occurs when you light a joint or a blunt, torch a bong, or use a vaporizer. In a joint, for example, the paper burns at 451 degrees Fahrenheit which is a major them in the book Fahrenheit 451. Or in the case of a bong or a bowl where you are using a butane lighter which burns around 550 degrees Fahrenheit. So, depending on the person and the size of theĀ apparatusĀ you are smoking out of, everyone will take in a different amount of smoke on any given toke of the sacred herb.

So, you might not get as high taking a hit from a joint that makes you cough as you would from a hit from a bong. But, the best way to utilize any given hit is to maximize the amount THC that you absorb. This can be easily achieved by coughing and increasing the surface area in your lungs that can absorb the THC, or by holding in the hit. We have also been looking in to what the ideal amount of time is to hold in a hit. Let us know what youĀ thinkĀ it is, by voting in this poll.

And, to vote in the coughing poll, click here. 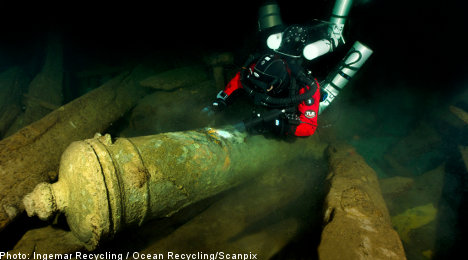 Fortunately, someone has figured out if cannonballs could sink wooden ships. And this great-wizard-of-the-ancient-world’s name isĀ Yaacov Kahanov, a professor at the University of Haifa in Israel. He found that cannon fire could penetrate wooden hulled ships, and that slower moving cannonballs actually did more damage to a ship’s hull than a faster moving cannon ball.

The Powers That Be would have us believe that marijuana can hurt our health and ruināor evenĀ endāour lives. Cannabis is portrayed as a āgateway drugā (that leads on to āharder,ā more harmful substances), with no medical value, that only full prohibition can save us from. The problem is that serious scholarly studies (many of which wereĀ fundedĀ by the government) and published reports refuteĀ allĀ this. We looked at 10 studies the government would rather we never read.

What We Donāt Know Keeps Hurting Us, concluded that data was simply lacking to show the effectiveness of government drug policyāand particularly drug law enforcement. Using what information was available at the time, this substantial report (which was requested by the White House Office of National Drug Control Policy in 1998) noted that there is ālittle apparent relationship between severity of sanctions prescribed for drug use and prevalence or frequency of use.ā

Say What?Ā Marijuana is safer than booze and tobacco.

So What?Ā Having studied the comparative health and societal consequences of marijuana use compared to other drugs, including alcohol and nicotine, in the mid-1990s, World Health Organization experts concluded: āCannabis poses a much less serious public health problem than is currently posed by alcohol and tobacco in Western societies.ā Americans appear to agree. In a 2009 Rasmussen Reports telephone survey, 51 percent of respondents said alcohol is more dangerous than marijuana (and just 19 percent said pot is worse).

So What?Ā Far from leading to the use of other illicit substances, research by scientists in Paris suggests that pot might actuallyĀ reduceĀ the urge to try āhardā drugs. The findings of ValĆ©rie DaugĆ© and her team at the Laboratory for Physiopathology of Diseases of the Central Nervous System, published in the journalĀ NeuropsychopharmacologyĀ in 2009, concluded that the administration of oral THC to rats can suppress their sensitivity to opiate dependence.

So What?Ā The IOMās 1999, White House-commissioned review of available data on the herbās medical risks and benefits found marijuana to be āmoderately well suited for particular conditions, such as chemotherapy-induced nausea and vomiting and AIDS wasting.ā Apparently these findings were not quite what the feds were hoping for. Co-author John A. Benson told theĀ New York TimesĀ in 2006 that ā[The federal government] loves to ignore our report.ā

So What?Ā In 1997,Ā Veterans Affairs scientists published the findings of their study of 56 pairs of identical twins, one of which had been a heavy marijuana user, while the second had barely touched the stuff. āNo significant differences were found between the former marijuana user twins and their siblings for current socio-demographic characteristics, current nicotine or alcohol use; life-time nicotine or alcohol abuse/dependence, past 5-year out-patient or emergency room visits, hospitalizations or medication use for medical problems; past 5-year mental health out-patient use or hospitalizations; or health-related quality of life,ā their report found.Ā So there!

So What?Ā A 2009 study by investigators at Brown University on Rhode Island (along with researchers at the University of Minnesota, Louisiana State University and Boston University) reported that moderate long-term marijuana users are around 62 percent less likely to develop head and neck cancers (compared with non-marijuana smokers). Their report, which was published in the journalĀ Cancer Prevention Research, stated that āmarijuana use modified the interaction between alcohol and cigarette smoking, resulting in a decreased [cancer] risk.ā

So What?Ā Both the media and some governments have long linked smoking marijuana with mental illness. Yet a report by Keele University Medical School, based on incidences of schizophrenia and trends in cannabis use in the U.K. from 1996 to 2005, suggested there was in fact no correlation between the two. Though cannabis use was rising in that country during that period, the Keele researchers reported that āthe incidence and prevalence of schizophrenia and psychoses were either stable or decliningā and that āthis study does not therefore support the specific causal link between cannabis use and incidence of psychotic disorders.ā

Says Who?Ā The Annenberg School for Communication at the University of Pennsylvania.

So What?Ā In 2009, investigators at the Annenberg School for Communication posted the results of their assessment of the attitudes of over 600 adolescents after viewing 60 fed-funded, anti-pot TV spots. In particular, they evaluated responses to marijuana-related imagery (like the depiction of people smoking pot) in these public service announcements. Scenes like these were āsignificantly less effective than others,ā said the study. āFor [high-risk] adolescents, including marijuana scenes ā¦ may not be a good strategy.ā

Say What?Ā Marijuana may protect, not harm, the brain.

Says Who?Ā Investigators at the University of California San Diego.

So What?Ā UC San Diego researchers used high-tech scans to compare microscopic changes in the brainās white matter in adolescents with histories of binge boozing and cannabis use. Sure enough, binge drinkers showed signs of white matter damage in eight regions of the brain. But those who also used pot experienced less damage in seven out of these eight regions. Their findings, published in the journalĀ Neurotoxicology and TeratologyĀ in 2009, included the possibility āthat marijuana may have some neuroprotective properties in mitigating alcohol-related oxidative stress or excitotoxic cell death.ā

So What?Ā As long ago as 1997, a huge study of California HMO members sponsored by NIDA (and published in theĀ American Journal of Public Health) concluded that marijuana use causes no significant increase in mortality. Oh, and that tobacco use is associated with increased risk of death (duh!).