When traveling to Hawaii it is with out a doubt, necessary to stop on the island of O’ahu. The state capitol of Honolulu is located here as is Pearl Harbor, Diamond Head volcano, and Waikiki Beach. Our opinion of O’ahu was that it was similar to Los Angeles. There’s partying to be done at any hour of the day, it’s a big city, every designer and retailer in the world has a store there, and surprisingly there is a huge homeless population. If you are there for only a day, go see Pearl Harbor, it is an important part of American and world history. Unfortunately, at Pearl Harbor there are not many 420 friendly activities to engage in.

So, we recommend staying on O’ahu a least 2 days, but probably not much more. Most of the hotels are located in Waikiki which is a short walking distance if not directly on the beach. Here you will be able to find anything you are looking for. Don’t be sketchy, don’t be afraid to talk to people, and watch out for the police (as always). But, follow these guidelines and you will be smoking on some ganja within a few minutes. Waikiki Beach itself is a great place to smoke, but not our favorite.

What you need to do is take the public bus, or taxi, or do like us and walk it out to the community college. Across the street is Diamond Head State Park. It’s a short walk up the service road, and you will come to a tunnel. Walk or drive through the tunnel and into the park. The ranger station is located in the center of the volcano, which is now dormant. There are signs and a trail so you can get to the top of Diamond Head. The trail zig zags up the walls of the volcano goes through a closed down army bunker, leads to a spiral staircase inside the mountain, and to the top of Diamond Head. This spot is popular so make sure to go up early in the morning so you can smoke one as the sun is coming up.

Its an awesome sight to see, and a must smoke at destination. Check it out when on O’ahu.

1
by Mythbuster in General Ganja

The entrance to Christiania

While Amsterdam is often thought of as the center of the pot smoking universe, only a short train ride away lies quite possibly one of our favorite places in the entire world. Within the city of Copenhagen there is a small community known as Christiania or Freetown Christiania. The community contains homes, businesses, restaurants, bars, clubs, a public sauna, theaters, and some of the most interesting people you will ever meet.

Our last visit there was in December 2009 during the United Nations COP15 Climate Change Conference. Christiania was the staging are for many non-government organizations which were planning demonstrations that had been deemed illegal by the Danish government. Christiania was chosen as the appropriate area to do this because it is essentially an autonomous state within Denmark, and because of the intense disdain for the government.

The community is established on an abandoned naval base, and everyone who lives there is technically a squatter. In order to join the community you must be voted in by the rest of the community. Since Christiania is self governing they established three main rules. No violence. No wepaons. And, no hard drugs.

Unlike Amsterdam where the marijuana trade is highly regulated, in Christiania the marijuana and hashish trade occurs out in the open on Pusher Street. When you go to Christiania you are not allowed to take pictures on Pusher Street, becasue the pushers don’t want your pictures to get the pushed into prison. However, you can smoke wherever you want, as long as you’re not inside. People often sit around a fire outside Cafe Nemoland, the Nightfisher, or Woodstock smoking, sharing, and just loving life.

Recently, Christiania has come under a serious attack from the Supreme Court of Denmark. Before it get’s closed, if it get’s closed, I recommend that you take a trip there as soon as you can. It is undoubtedly one of the most inspirational places I have ever been in the entire world. And, definitely the best place to smoke weed. So, bevar Christiania (which means Save Christiania). 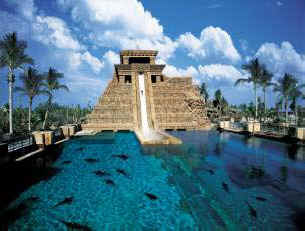 0
by Mythbuster in General Ganja 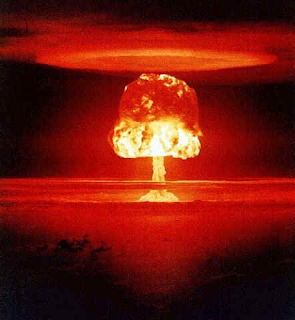 Your mind is about to be blown. So, this has nothing to do with Doomsday or the world ending, even though there has been a lot of talk going on about that lately. Speaking of which, apparently the world is supposed to end the day I graduate from college. I just want to know who picked May 21st? And, whatever happened to the Mayans and 2012? What’s the deal?

We’ve been doing our own research in to Doomsday, and here’s what we discovered. Although completely unrelated to our usual field of study, we thought we would share this with you all. So our calendar repeats itself in 400 year cycles, their are patterns between different days, and to make a long story short… The following dates will all occur on the same day in any given year. 4/4 (April 4th), 6/6 (June 6th), 8/8 (August 8th), 10/10 (October 10th), and 12/12 (December 12th). This year, they are all Mondays. There are other days that fit this pattern including 7/11 (July 11th) and 11/7 (November 7th), as well as 5/9 (May 9th) and 9/5 (September 5th). Other days include March 7th and the last day of February. All of these dates are referred to as Doomsdays, and whatever day they fall on in a given year is that year’s Doomsday. So, we know for a fact that Doomsday is Monday. This method was developed as an easy way to figure out what day of the week a given date was in a given year. If you ask the inventor, John Conway, what day of the week your birthday was in 1637, or whatever, he can figure it out in under 2 seconds. Kind of Rain Man-esque, if you ask me.

So, realizing that you are all too high to figure this out, seeing as I barely did. Thank you for reading this far. In regards to Doomsday falling on May 21st, you all better be smoking as much pot as you can between now and then in the case that it actually does. You never can be too safe you know. And, to everyone else who has already graduated or who is graduating soon, Congratulations Class of 2011. You should also be smoking as much weed as you possibly can before you graduate. Remember, smoke weed everyday.